The following Prepper Self Defense article entitled “4 Knockout Muay Thai strikes that could save your life”.  Was kindly written and submitted by Darren Mitchell who is a Muay Thai enthusiast and writer for the BestMuayThai blog. Thanks, Darren.

4 Knockout Muay Thai Strikes that could save your Life

We all know the world is full of potential threats. From collapsing governments to the nuclear holocaust, there’s always some form of threat lurking.

But what about day to day threats?

It’s all well and good prepping for Armageddon. But if you’re not physically prepared to deal with daily situations, you’re asking for trouble!

The following 4 knockout Muay Thai Prepper Self Defense strikes can save your skin in a life or death situation. Just make sure you use them responsibly.

The straight knee is probably the most popular – and effective Muay Thai move out there. Did you know, in Thailand, whichever fighter makes the best use of their knees is the one who usually wins the fight? Such is the high regard they hold the move in.

So, how you do you perform this Muay Thai staple? It’s as simple as this; Step onto your front foot and extend it as much as possible. Bring your back leg forward as you push your hips up and drive that knee into your opponent’s stomach.

This is perfect if you want to get the jump on an aggressive attacker who is threatening you and/or your loved ones. A well-timed straight knee should see them crumple to the ground like a sack of potatoes. And will give you ample time to retire to safety and make sure everyone is okay. 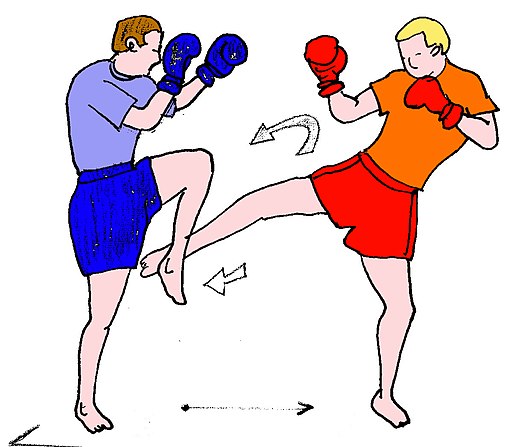 The low kick is perfect if you don’t want to get too close to your attacker if they are carrying some form of weapon. This can be perfect for immobilizing them from a distance and going in for the kill afterwards.

To perform a low kick, you’ll want to first ‘set it up’. This is usually done by leading with a punch that distracts the opponent from the incoming lower body attack.

Once you’ve done this, you’ll want to be in a shoulder-width stance, roughly how you set up for your straight knee. Only this time, you’re going to aim a kick towards your attacker’s lower leg. As if you’re trying to cut through the side with your shin.

This will cripple the attacker if performed correctly and will give you a chance to move in with a flurry of punches, kicks, and knees. That will help to immobilize them and to save your life.

Straight Cross to the Jaw 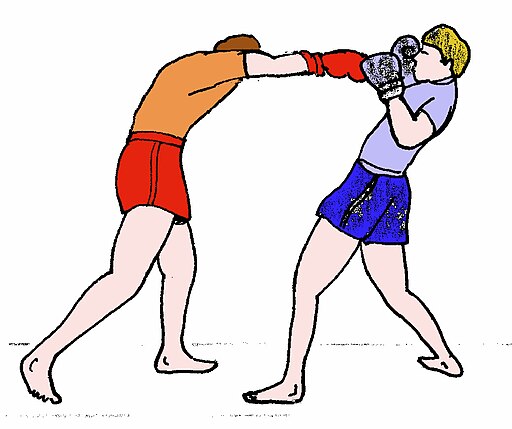 The straight cross to the jaw is basically the only type of move you’ll see in your run-of-the-mill street fight. It is essentially the haymaker – the money shot.

However, if you get this one right, your opponent will be out stone cold – potentially dead if they’re not careful. This is why it is so important to get this move mastered.

The right cross is all about power. Which is why you’ll need to set up right to get as much force behind your knockout blow as possible.

You want to start the move with your stance spread shoulder width, non-dominant foot forward. Then you’ll want to swivel your hips, shift your weight onto the front foot and fully extend your punching arm.

Once you’ve delivered this devastating blow, your punching shoulder should end up covering your chin. So that you are protected from any counter blows your assailant may try to land on you.

This is a great move to use when you’re going for a life-saving knockout as it can be tacked on the end of another move. You can throw one after a couple of jabs, you can back off and throw one after a clinch knee. Or you can go for the jugular with one after the low kick – it is such a versatile move that always has your back.

Knee to the Head from Clinch

This is often called a Clinch Knee and has been known to ‘cripple’ opponents – something you might have to rely on in a life or death situation.

How do you perform this move?

Basically, with your arms around the back of your opponent’s neck use them to drive their body forward and down. Whilst at the same time, thrusting your knee up and forward as hard as possible – devastating.

In a fight on the street, you’re probably going to end up jostling with your opponent and you’ll be basically bear hugging each other since the layman isn’t very experienced at fighting properly.

This is where a clinch knee comes in perfectly. When someone is hanging onto you for dear life and god forbid, is trying to attack you with a weapon at the same time. You’re going to want to administer the blow that will free you and immobilize your opponent.

One huge knee to your opponent can completely stun them. Leaving time for you to hit them with either of the three moves discussed above. Or take flight and get to safety.

If you are locked in close body combat with an attacker. Go for the clinch knee to the stomach or if it’s low enough – the head. A crotch shot would be the most effective on a male assailant though – as we’re well aware!

These 4 knockout Muay Thai strikes will serve you well if you encounter trouble in daily life. They will help you to protect not only yourself but your nearest and dearest too.

Darren Mitchell is a Muay Thai enthusiast and writer for the BestMuayThai blog. Darren has trained Muay Thai for several years at gyms all over the world alongside some world-renowned fighters and coaches.

Why Your Prepper Defense Strategies Could Be Wrong

If you liked Darrens Prepper Self defense article suggesting 4 Knockout Muay Thai strikes that could save your life. Please show your appreciation by voting for us.